The International Paris Air Show at Le Bourget has been the aviation and space industry’s largest dedicated show, with over 2,100 international exhibitors, 139,000 trade visitors, 1.4 million square feet of exhibition area sold and 150 aircraft flying displays. This event occurs in Paris every two years and brings the entire industry together with over 2,300 international companies.

The Paris Air Show gives the Macomb County Planning & Economic Development team the chance to meet with F-35 suppliers, receive the most up-to-date information in aviation, and the opportunity to network with companies outside of Michigan and, more importantly, tell our story! Getting ready for a show this large requires a great deal of prep work. Working with my dedicated teammates, I am ready to take on a week full of networking and interfacing with major international companies, F-35 suppliers and aviation specialists. 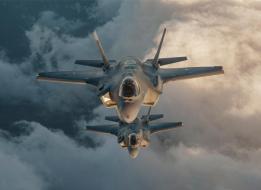 Speaking of the F-35, two landed safely in France last week to debut at the Paris Air Show. Depending on the weather, the F-35 will fly during the trade show, and I will be sure to take videos to share with all of you on our social media page. The F-35 demonstrations in Paris will be the first opportunity for international audiences to see its true capabilities, including acrobatic and high G-force maneuvers. These moves are often comparable to what audiences see during performances of the Blue Angels and Thunderbirds.

As many of you are also aware, Selfridge Air National Guard Base is in the running (along with four other states) to be one of two Air National Guard beddown locations for the F-35A Lighting II aircraft. It’s important for Macomb County to take part in the Paris Air Show and meet with Lockheed Martin suppliers to discuss the importance of why Macomb County, and more specifically, why Selfridge ANGB is the perfect and most logical choice to bring the F-35 aircraft.

My goal for the trip is to meet with F-35 suppliers, especially those outside of Michigan, and to tell the story of “why” Macomb County. With a large veteran population, over $2 billion in defense contracts annually and a competitive workforce, it should be a no-brainer that these suppliers will want to tap into and be a part of this monumental opportunity for Michigan and the county.

Janelle Arbuckle is an economic development specialist for the Macomb County Department of Planning & Economic Development.

The Velocity Hub of the Michigan Cyber Range offers those looking to hone their offensive and defensive cybersecurity skills the opportunity to do so at the next Guided Capture the Flag course June 15.

This daylong program enables students to engage in live attacks on networked systems in a secured environment. Students will learn the fundamentals of hacking tools, techniques and methodologies. Topics such as password exploitation and storage, proxy chaining and SQL vulnerabilities will be covered. This is a great starting point for anyone interested as it is tailored to each participant, allowing students to dig as deep into the exercise as they are able.

This capture the flag exercise is hosted on the Michigan Cyber Range, the nation’s largest unclassified training cyber range, and takes place in a virtual training environment known as Alphaville. This is a simulated town that includes a school, library, power and electric, private business and city hall. Alphaville was created by Nathan Dragun who is the instructor for this class as well as the director of development for the Michigan Cyber Range.

Dragun has a bachelor’s degree in computer science from Western Michigan University. He has completed advanced training in network security and artificial intelligence and has more than 13 years of experience solving complex technical issues in areas of security, computer networking, software development and architectural design.

Guided Capture the Flag takes place from 9:30 a.m. to 5:30 p.m. Thursday, June 15 at the Velocity Hub of the Michigan Cyber Range, 6633 18 Mile Road, Sterling Heights, 48314. The cost is $625, and registration information can be found at www.oakland.edu/macombouinc/cyber-institute/education. There are no pre-qualifications to enroll. For more information, contact Joan Carleton at macinc@oakland.edu or (586) 884-9324. 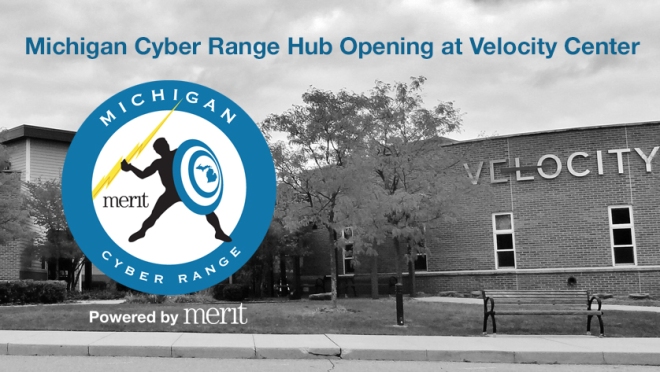 Caitlin Gerds-Habermas is an associate planner in business outreach and communications for the Macomb County Department of Planning & Economic Development.